I-17 Ramp Lights Have Role in Wrong-Way Vehicle System 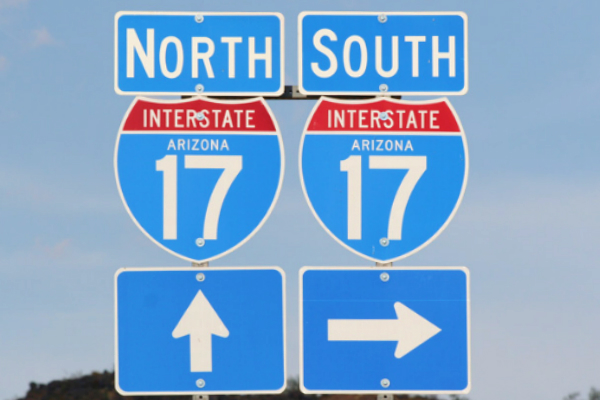 Phoenix-area drivers are used to seeing freeway entrance-ramp meters with alternating green and red traffic lights during weekday rush hours. But some of the red lights in Interstate 17 ramp meters also play a role as part of the pilot wrong-way vehicle detection system being tested by the Arizona Department of Transportation.

When a wrong-way vehicle is detected by the thermal camera-based technology now in place along 15 miles of I-17 in Phoenix, the system also turns on the red lights in nearby entrance ramp meters to try to hold “right-way” traffic from entering the freeway. 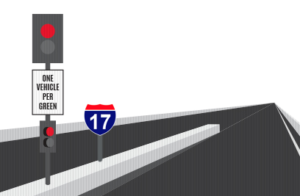 “While most drivers aren’t used to seeing a solid red light displayed by a ramp meter for more than a few seconds, we want I-17 drivers in Phoenix to know there is a reason for that to happen – a wrong-way vehicle may be ahead on the freeway,” said Susan Anderson, ADOT’s systems technology group manager.

Via the I-17 pilot project’s decision support system, the red lights on entrance ramp meters are programmed to turn on within 3 miles of a detected wrong-way vehicle. If the vehicle continues along the freeway, additional ramp meter red lights will be activated. The red lights are programmed to return to their normal mode for that particular time of day or night, including turning off, after the system detects that the wrong-way vehicle is no longer in the area.

“As we test the overall wrong-way vehicle alert system and research its performance over the next several months, it’s important to note that the ramp meter red lights are one of several countermeasures,” Anderson said. “The ramp meter lights are traffic signals, so I-17 drivers on entrance ramps should be prepared to stop if the light is a solid red, no matter what time of day.”

The first-in-the-nation I-17 system features 90 thermal detection cameras positioned above exit ramps as well as the mainline of the freeway between the I-10 “Stack” interchange near downtown and the Loop 101 interchange in north Phoenix. When a wrong-way vehicle is detected entering an off-ramp, the system is designed to trigger a background-illuminated “wrong-way” sign to try to get the driver’s attention.

Alerts also are immediately sent to ADOT’s Traffic Operations Center and the Arizona Department of Public Safety so traffic operators can quickly activate freeway message boards to warn other drivers while state troopers can respond faster than relying on 911 calls.

Since it went operational in January, the system has detected more than 30 wrong-way vehicles entering I-17 off-ramps and frontage roads. One vehicle was detected on I-17 in north Phoenix on July 5 and the driver was stopped by AZDPS. The majority of drivers in vehicles detected by the I-17 system have turned around on exit ramps without entering the freeway.