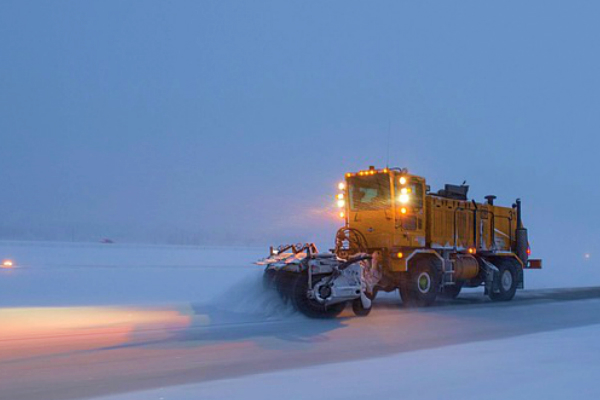 After a few good snowfalls in the upper elevations of Arizona, winter is truly here. The big snowfall on the last day of the year in 2018 caught many people off guard. People were slipping around on streets that very quickly became icy and getting stuck in the snow on the side roads all over central and northern Arizona. Record number of accidents were called in, and the next day was a recovery effort of many cars that were still stuck. There was even a video circulating online in the Prescott area of a snowplow sliding backwards, taking a few cars with it as it slipped downhill.

When conditions get like this, the best place to be is home, and once there, stay there!. You cannot expect for snowplows to be able to clear your street right away, and it might even take a couple of days depending on the amount of snow. Being prepared is the best course of action. If you live in higher elevations, expect big snowfalls and be prepared to stay home the handful of times each winter we are lucky enough to get snowfall.

If You Must Go Out in Inclement Weather: 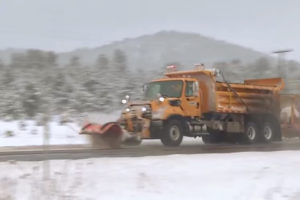 Every winter, snowplows play an essential public safety role by clearing snow and ice on Arizona roadways. But when motorists fail to give plows enough room and aren’t careful when traveling near these oversized vehicles, it creates a hazard and makes it more difficult for operators to perform what’s already a challenging job.

Please make sure the children do not try to play around a snowplow doing it’s job. A recent snowplow operator reported almost burying kids in snow who were playing too close to the side of the road.

“Drivers should stay back at least 100 feet or more when following a snowplow and be aware the plow may need to come to a sudden stop,” ADOT Occupational Safety Manager Bob Stulz said. “The safest place is always well behind a snowplow, but if you must pass, do so cautiously when weather conditions warrant and avoid staying in the snowplow operator’s blind spot for too long.”

The department has 200 snowplow trucks in its fleet. While most are in places that see the most snow, snowplows are stationed in all of ADOT’s seven regions, including three operating out of the East Valley.

Highways that are typically easy to travel during the summer months can become icy or snow-covered during the winter, especially during major storms. In addition to being extra cautious on snowy and slippery roads, travelers should expect delays in wintry conditions and budget extra time. Motorists need to be aware that posted speed limits are for normal driving conditions. When roads become wet and slippery, slow down.

“With most slide-offs occurring due to drivers traveling too fast for the conditions, it’s essential that all motorists be prepared to slow down and maintain good visibility during heavy snowfall,” Stulz added.

Check out the TowPlow added to the fleet in 2016: