In the beginning, FooteWork was a “title service” which meant that Ken went to people’s homes and businesses to pick up their title work.  He would then go to the state MVD, pull a number, wait for it to be called, then do no more than three transactions at a time.  If there were more transactions he had that day, he would have to pull another number and repeat the process.  In 1999, FooteWork was accepted into the Authorized Third Party Provider Program and opened their first office in Prescott. 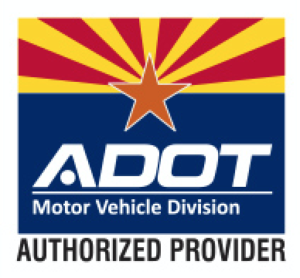 “Ken Foote and his team have raised the bar on processing MVD functions. Congratulation on your 20th anniversary and best wishes for your continued success in serving Yavapai County,” says State Senator Karen Fann (R), Arizona.

“FooteWork’s growth and success is due to our incredible customers and our wonderful employees. Ken believes the team at FooteWork are the unsung heroes and sometimes take for granted how good they are. Through its practices and core principals, FooteWork is recognized by the Arizona Department of Transportation (ADOT) as one of the leading third party providers for motor vehicle transactions. I feel this is due to our staff and FooteWork would not be what it is today without their dedication and professionalism,” says Ken Foote, Owner, FooteWork Auto License and Title Service.  “Our customers loyalty is invaluable and greatly appreciated by all of us at FooteWork.  Let’s make 2018 and beyond great for our communities!”