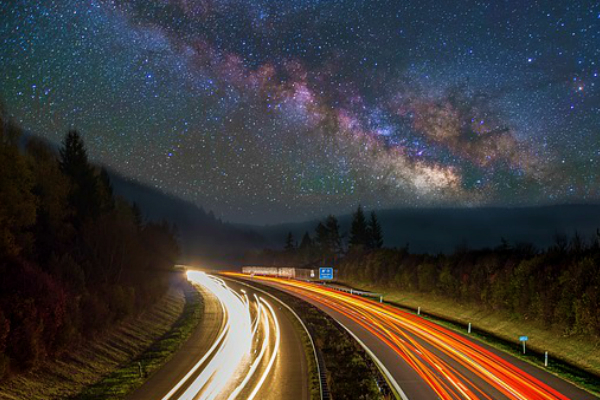 Our ability to get on an Interstate Highway and drive across the country is something we take for granted, but it is one of the most important public work achievements in the history of the U.S. The National Interstate and Defense Highway Act was signed by President Dwight D. Eisenhower on June 26, 1956. The bill created a 41,000-mile “National System of Interstate and Defense Highways” that would change the way people traveled across our country.

According to History.com, “Today, there are more than 250 million cars and trucks in the United States, or almost one per person. At the end of the 19th century, by contrast, there was just one motorized vehicle on the road for every 18,000 Americans. At the same time, most of those roads were made not of asphalt or concrete but of packed dirt (on good days) or mud. Under these circumstances, driving a motorcar was not simply a way to get from one place to another: It was an adventure. Outside cities and towns, there were almost no gas stations or even street signs, and rest stops were unheard-of. “Automobiling,” said the Brooklyn Eagle newspaper in 1910, was “the last call of the wild.”

By the early 20th century, the disorganized infrastructure of the country had 2-lane routes which were not connected in a rational and efficient system. It became an important issue for Eisenhower, beginning with what he experienced in the military, first as a young Lieutenant Colonel in 1919 when he participated in the first Army Transcontinental Motor Convey. According to www.eisenhower.archives.gov, “The expedition consisted of eighty-one motorized Army vehicles that crossed the United States from Washington, D.C. to San Francisco, a venture covering a distance of 3,251 miles in 62 days. The expedition was manned by 24 officers and 258 enlisted men. The convoy was to test the mobility of the military during wartime conditions. As an observer for the War Department, Lt. Col. Eisenhower learned first-hand of the difficulties faced in traveling great distances on roads that were impassable, and that resulted in frequent breakdowns of the military vehicles. These early experiences influenced his later decisions concerning the building of the interstate highway system during his presidential administration.”

Another strong influence that shaped Eisenhower’s view on the importance of a super highway happened when he was stationed in Germany as Supreme Commander of the Allied forces during World War II. He was impressed with the country’s Autobahn, a high-speed freeway system that provided easy transport for military supplies and troop deployments.

When Eisenhower became president in 1953, tensions with Russia were increasing into what became known as the Cold War, and threat of nuclear attack was considered very real. The ability to move troops and equipment quickly across the country gained importance as an efficient infrastructure. He also felt it made travel faster, easier, and safer for the public, while uniting cities across the country with proper access.

When the program took shape in the Federal-Aid Highway Act of 1956, it differed in some ways from the President’s proposal, particularly with regard to the source of funding for the program, but Congress retained the Federal-State matching share of 90-10 as a reflection of the Interstate Construction Program’s importance to national goals. (In the western States with large amounts of untaxed public land, the Federal share could be increased to 95 percent.) In all, Federal-aid legislation authorized a total of $119 billion to pay the Federal share of the cost of Interstate construction, according to the Federal Highway Administration.

The bill funded the first 41,000 miles that made up the early U.S. interstate system. Designed for high-speed travel, it had no signals, or intersections, but used instead overpasses and underpasses to keep the highway free-flowing. It also implemented a new national numbering system for the highways that revised many of the original U.S. Route numbers, while incorporating many of the existing routes into the system. 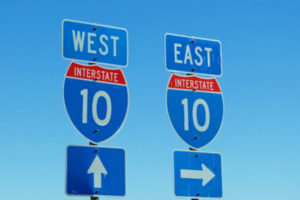 Standardized signage throughout the country was also part of the plan, with red, white, and blue shield signs for Interstate numbers and green with white lettering for exit signs.

The National Interstate Highway is now 47,856 miles and is an integrated network of roads and highways numbered within a nationwide grid across the United States. All but four State capitals are directly served by the Interstate System. Those not directly served are Juneau, AK; Dover, DE; Jefferson City, MO; and Pierre, SD.

Here Are Some More Interesting Facts About Our National Interstate Highways:

Does it make you want to get out on those long stretches of highway and take a road trip somewhere? Now you know a little more about our National Interstate System. Enjoy!